I was one of a Little Brothers group who left England 18th February 1966 on board the P&O liner Himalaya. Our escort was Roger Putnam. He had us doing early morning PT on the deck until the swimming pool became operational and from then we had early morning dips. It was an excellent voyage apart from the storm as we sailed through the Bay of Biscay where I and most of the other passengers were seasick. 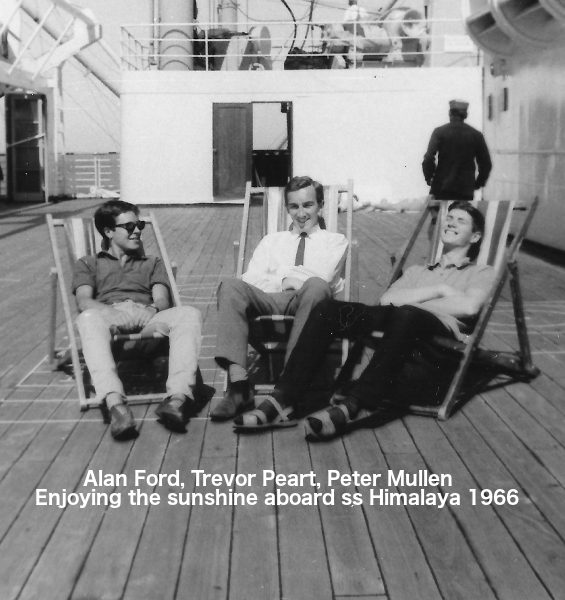 The Big Brother Movement arranged tours for us at each of the ports. The shore trip at Ceylon [now Sri Lanka] stands out in my memory. I marvelled at its lush tropical beauty and still remember the most delicious cup of tea at the Queens Hotel in Kandy, the ancient capital.

Icy rain falling as we left Tilbury but our arrival at Sydney on 22nd March 1966 was in stark contrast as we made our way through the harbour in beautiful sunshine to 13 Wharf at Pyrmont. We were separated into city and rural groups and the city migrants were taken to Burwood Hostel which was run by Mr Hickey. He was a ‘no nonsense’ sort of person but definitely the right person for the job of supervising a group lively young men!

The morning after our arrival we went jobhunting. I got a job with the PMG [forerunner of Telstra] within a couple of hours. Unfortunately, I was paid junior wages as I was still 18 but I had to pay adult rates for living expenses so it wasn’t long before I ‘aged’ three years overnight and worked as a 21 year old for adult wages in a variety of jobs after that.

About a year after my arrival I met a young lady at a mutual friend’s birthday party. We married in 1970 during a trip back to England.

After living in Sydney for a couple more years and more touring around the world we relocated to Adelaide in 1974 and still live in the house we built in 1976. We raised one son and now have two teenage grandsons.

I was in the technical world for many years before graduating in accountancy while working for the Adelaide City Council. I finished my working life when I took advantage of early retirement in 2002. I was then able to devote time to my interests in social history, especially South Australian criminal history. In retirement I have been lecturing and leading criminal history tours for many years with organisations including U3A, WEA., West Terrace Cemetery the Old Adelaide Gaol. 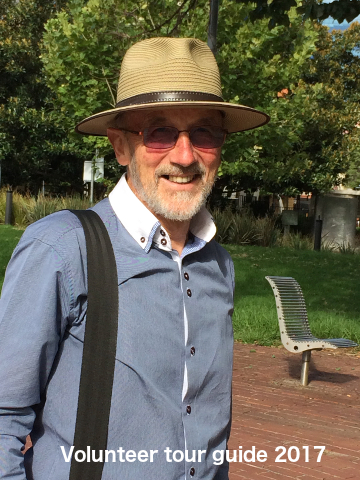 Since the arrival of the internet the world has got ‘smaller’. I can now have video chats with friends and relatives still living in England and also listen to the BBC online but most of all I’m extremely grateful for having had the opportunity to migrate to Australia and I wouldn’t want to live anywhere else.

We’d love to hear from you.
Close