Marika Aubrey is Mrs. Wormwood in the hit musical “Matilda”

Marika Aubrey (2002/03 Drama Awardee) was the MC at the 2014 BBM Youth Support Awards Night and has recently landed a lead role in the hit musical Roald Dahl’s “Matilda” which has started a season at the Sydney Lyric Theatre in Pyrmont, Sydney.

Marika is playing Mrs. Wormwood – Matilda’s mother who is obsessed with Ballroom Dancing.

If you would like to book tickets and see the incredibly talented Marika Aubrey in action Click Here.

Also check out Marika’s website to stay updated on all her projects. 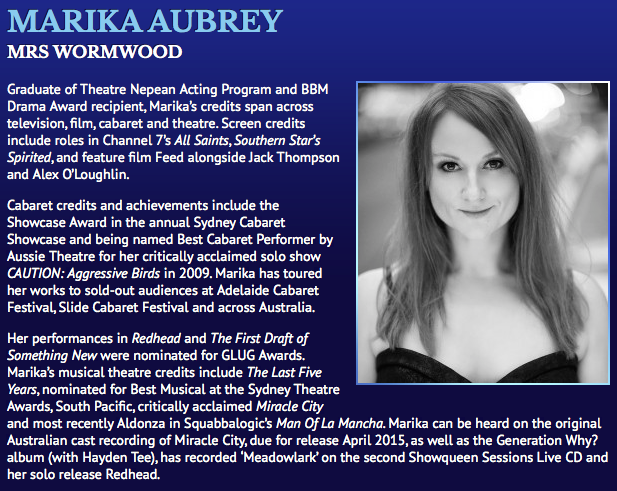 We’d love to hear from you.